Sidewalk Labs – Reflections on the Dream

Our director, Franco Piva, contributed to two workshops that took place in Toronto in December 2018 and October 2019 to introduce – and help develop – Sidewalk Labs’ concept for a radical new urban development in the city: a whole new district formed from engineered (mass) timber and entitled ‘Waterfront Toronto’.

Our director, Franco Piva, contributed to two workshops that took place in Toronto in December 2018 and October 2019 to introduce – and help develop – Sidewalk Labs’ concept for a radical new urban development in the city: a whole new district formed from engineered (mass) timber and entitled ‘Waterfront Toronto’. Sadly, this exciting initiative is no more, one of the many property investment casualties of the Covid-19 pandemic that continues to cause havoc in the construction industry throughout the world. Might the ideas and initiatives that underpinned this extraordinary vision be transferable to other projects in the future? Two of Ergodomus’ timber specialist contacts who have taken a close interest in the project’s progress since its early beginnings reflect here on its possible legacy.

Mike Yorke, President of the Carpenters’ District Council of Ontario

The advent of new building science construction techniques as applied to cross laminated timber beams, commonly referred to as “Mass Timber”, is not only here to stay, but is a massive step forward in design, carbon-capture, green efficiencies and beauty for this century’s cities. Mass Timber beams can be as effective as steel and offer the same fire retardation properties – or better – than steel construction and also allows for faster builds that don’t tie-up city streets with cement mixers.

The recent cancellation of Google’s high profile “Sidewalk Labs” project in Toronto, a design notion of building a city block from the internet up, with sensors and data collection, changes nothing in regard to Mass Timber’s future. A simple look at Sidewalk Labs’ recent concept materials used to sell the project: replete with Mass Timber renderings, all of the images were of towering, almost glowing, burnished wood beams.

The true legacy of Sidewalk Labs Toronto project lies not in the internet and high-tech applications for human interaction, monitoring, and algorithmic anticipation, but with a much older human construct – wood. For Sidewalk Labs has demonstrated in renderings the possibilities and imaginings of what wood can do; of what Mass Timber skyscrapers and mixed-use and modular tall wood can look like, providing a mental image of what the future can bring. Even the best novels of science fiction never depicted a skyline of wood or communities that work and play not within the confines of a concrete jungle, but within a greener, more open urban canopy of natural wood and transparent glass.

Along with Sidewalk Labs’ Mass Timber imagination was its integrating concept of design and community purpose and social responsibility. The project spoke as broadly to the neighborhood it served as it did to its Mass Timber principles. For example, the notion of “community benefits” included project agreements with the private sector that entailed employment priority opportunities for youth, women in construction, new Canadians, as well as the retraining of military veterans.

What would that concept of community integration and social responsibility have really looked like had the Sidewalk Labs project gone forward? We will never know. But it can still be done in Toronto with other developers. The legacy of the concept is still there. And so is the notion of creating a Mass Timber manufacturing sector from scratch in Ontario.

Yes, indeed, the Sidewalk Labs project would have been a leadership catalyst and nexus for resource development and manufacturing creation that linked design, urban planning, engineering and architecture in Community Colleges and Universities. Beyond its own Toronto waterfront environs Sidewalk Labs understood the impact that the project might have had thousands of kilometres away in forestry and in cross-laminated timber manufacturing with Indigenous communities in northern Ontario. It was to be a Mass Timber urban fountainhead of Canadian building culture that both symbolised its values and punched above its weight in terms of ambition and connectedness; never mind the internet, the project as a whole was listening to and observing the world around it – what it could change for the better and where it could adapt to needs.

Those principles, the high-concept intellectual legacy of Sidewalk Labs along with the advent of Mass Timber construction has been bequeathed to the carpenters of Ontario and our other city builders here. It has not gone away. It is just getting started.

Henry Ford has been quoted as saying “if you ask people what better form of transport they would like, the reply would be ‘a faster horse’”. He, of course, went on to completely disrupt perceptions of what was previously considered to be the most modern form of ‘transport’ and, with his Model T car, the world of land-based assisted movement has not looked back since, the latest disruptive evolution being the electric vehicle.

The same might be said about Sidewalk Labs’ proposals for ‘Waterfront Toronto’ – entirely disruptive as regards conventional thinking about urban development and certainly highly disruptive in its vision of new city areas constructed predominantly from engineered timber. The transformational nature of this far-sightedness should not be understated: had the project progressed to constructed completion and occupation, the sheer scale of this timber-based initiative could not have been ignored nor could its success or otherwise have avoided intense scrutiny.

As such, the Sidewalk Labs’ project could have provided the largest and most exciting demonstration available of the potential for engineered timber to be the predominant material used in the building of new and healthier urban quartiers in all parts of the world and possibly the only approach possible in ensuring the UN’s 17 Sustainability Goals and the zero-carbon targets set by many governments around the world can be met by 2045. The failure of the project to proceed is therefore a failure for us all and it can only be hoped that, in some form, the aspirations and innovations underlying its conception can be applied elsewhere.

Sidewalks Labs was not, of course, the only project seeking to demonstrate how whole urban districts might be formed from the world’s primary renewable building material, but it was undoubtedly the most ambitious in its multiple aims. Other projects have, for example, gone with designers well-known for their experience in the use of engineered timber, but Sidewalk Labs’ disruptive approach extended into its choice of architects – companies such as Snøhetta and the Heatherwick Studio, both internationally-recognised as serial disrupters of conventional design thinking.

This difference in approach manifested itself in the visionary CGIs produced to publicise the project: those of us familiar with the properties and potential of advanced timber technologies had anticipated some highly imaginative proposals that, through the use of parametric modelling, might help to catalyse further international research, development and manufacture of new, robotically manufactured timber products. In some ways, however, the striking images seemed somehow to be of an ambition that would require others to bring to constructed reality. The convincing evidence of designers creatively stimulated by an inherent appreciation of wood and understanding of the physical and mechanical properties of different tree species seemed to be missing, the graphic exuberance to some extent disguising what a fairly conventional urban design layout.

These, of course, were resolvable issues and Waterfront Toronto was more than just another large urban development. Nevertheless, perhaps due to the many integral IT and other high technology plans, Sidewalk Labs encountered considerable political and public opposition founded upon concerns that the company, a subsidiary of Google’s parent, Alphabet, had ulterior motives that might possibly result in the misappropriation and misuse of inhabitants’ personal information. This, despite a sophisticated marketing campaign aimed at informing and exciting people about the project’s advanced thinking and the benefits this would bring to the work-life balance of those lucky enough to have ‘Waterfront Toronto’ as their address.

I can understand these misgivings and also the perception, whether accurate or not, that the company was somehow bullying the city into accepting its demands, but changemakers are always in the difficult position of being pioneers: seemingly grandiose proposals, however well-articulated and illustrated, do not always convince or alter the human condition that, in the first instance, is psychologically attuned to resist change.

In the final analysis, Sidewalk Labs attempt to drive too many new and innovative ideas simultaneously may have frightened or caused concerns amongst Toronto’s city fathers and citizens. There was always likely to be danger in flying too close to the sun, and whilst Coved-19 may have been the reason given for the melting of  Sidewalk Labs’ wings, perhaps the truth of the matter is that the pandemic has radically changed many people’s thinking about what constitutes an improved quality of life. This dramatic change in circumstances has impacted negatively upon conventional property development equations. That 80% of Waterfront Toronto’s residential accommodation would be comprised of affordable apartments was no doubt laudable, but, paradoxically, this was hugely disruptive in a Toronto property market previously used to this category of housing forming only 26% of new developments. With Covid-19 sweeping the world, the sums simply no longer made commercial sense.

Despite these observations, I remain optimistic that, like a phoenix, the Sidewalk Labs’ vision will re-emerge elsewhere, re-purposed to suit a much-altered world. Meanwhile, in its global impact, Covid-19 has proved itself to be a natural disrupter sans pareil. 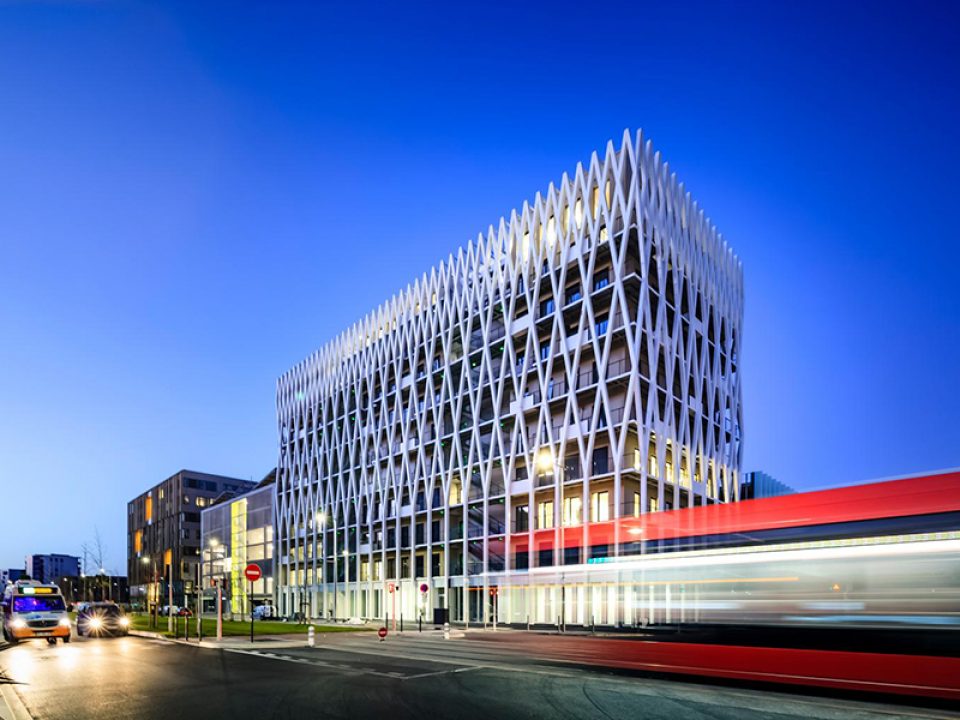 New French public buildings must be made 50% from wood 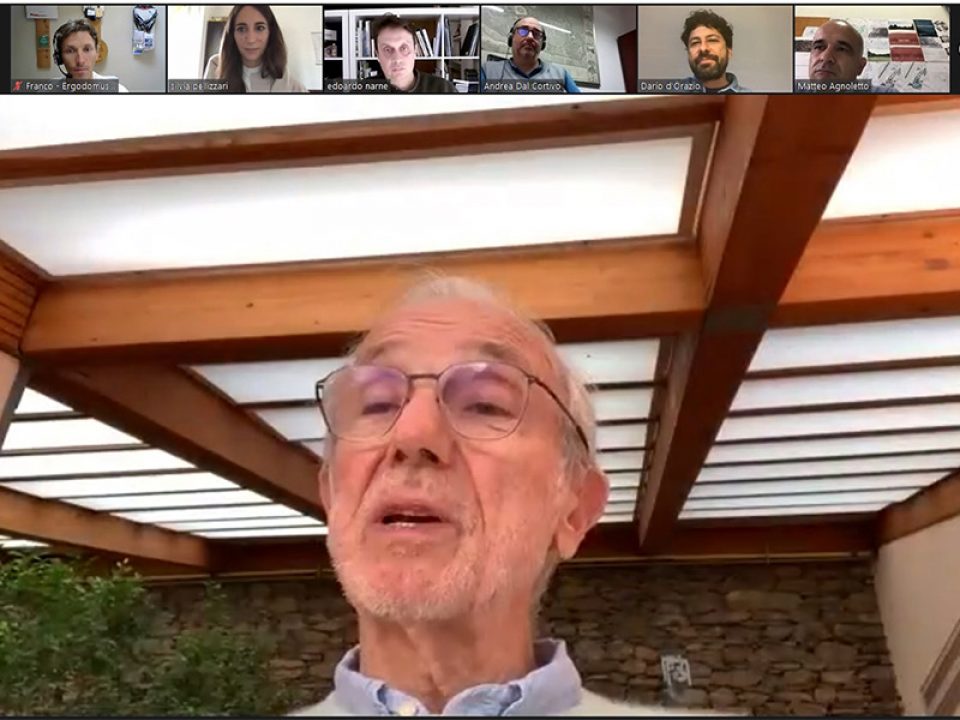 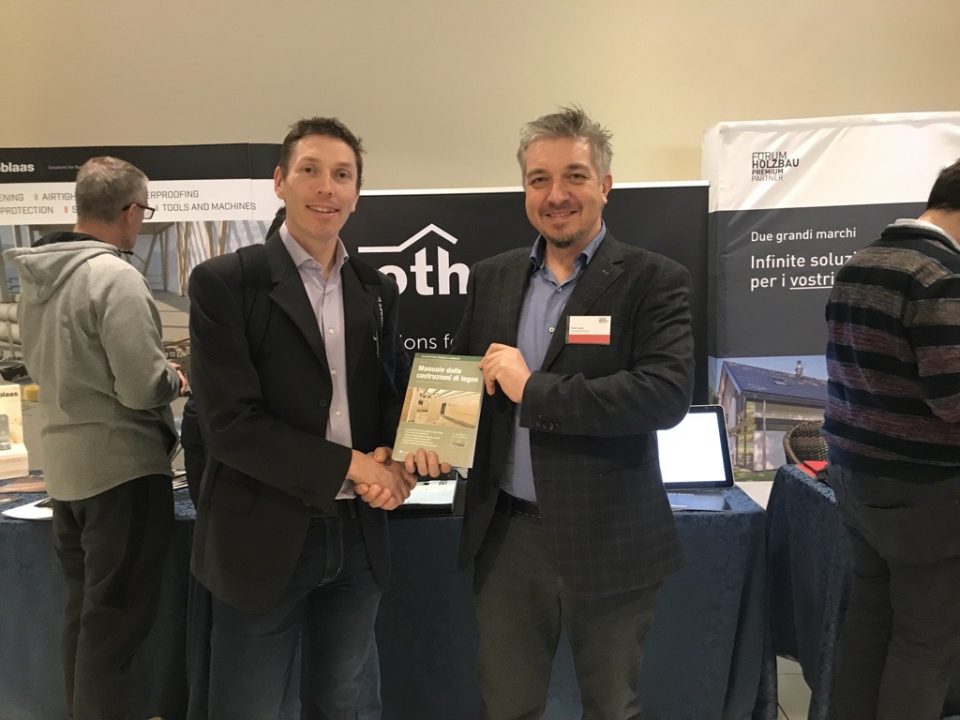