A new challenge in design: BIM (Part 2: the ifc format) 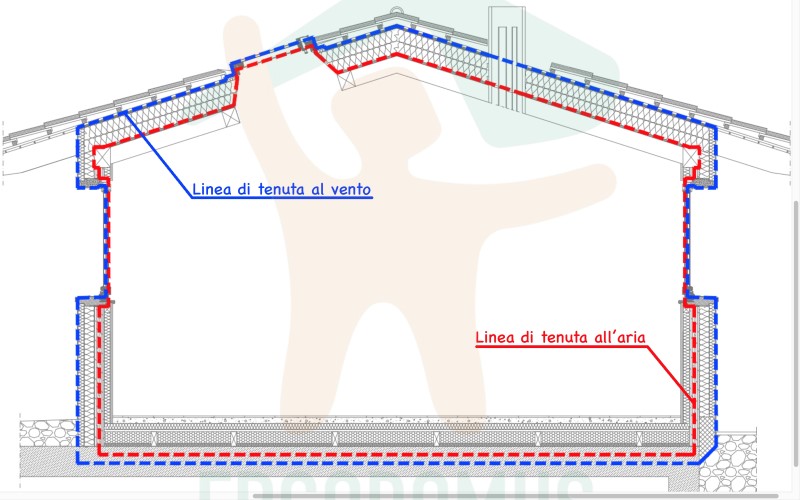 When it comes to designing timber buildings, it is very likely to deal with the question of air tightness. What do we mean by that?

Air tightness is an indicator that measures the sealing of the building envelope, and its evaluation is considered a fundamental requirement for the design of high energy performance buildings. 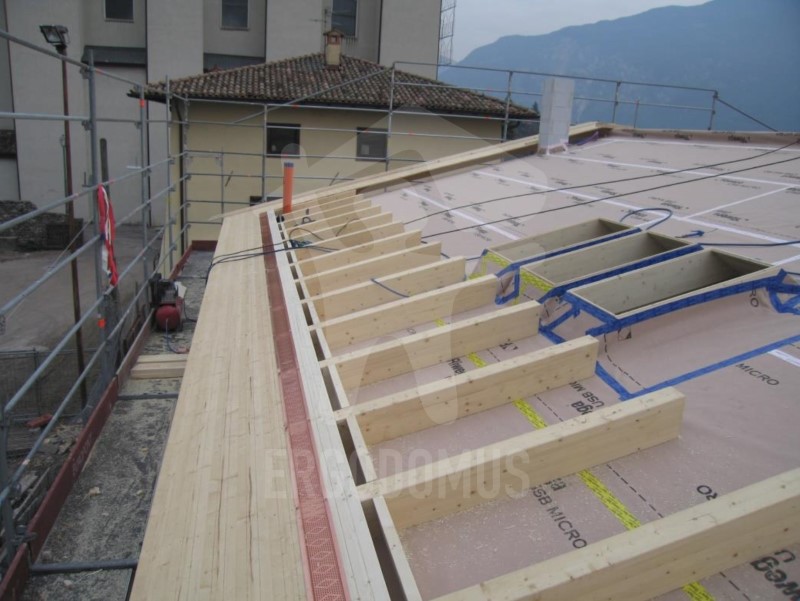 What are the advantages of a ‘draught-proof’ building?

In the presence of air leakages, the theoretical hypothesis on which thermo-hygrometric calculations are based does not work anymore, because the water vapour has a convective rather than a diffusive behaviour (that means that great masses of air are pushed through the walls, in little time). At these conditions, the vapour could cumulate in the interstices between the materials composing the building envelope, and then little design flaws could increase the condensation hazard exponentially. One thing we always advise in timber engineering, is never to underestimate the importance of a perfect execution of works! Execution is often more important than the design itself. 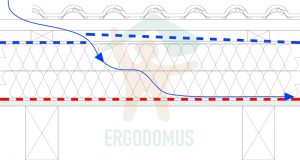 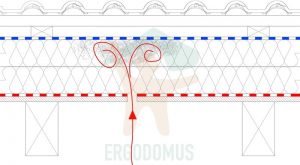 How is an air-sealed building made?

The architect willing to design these functional layers, has to focus on these features:

Joints are a critical part of the designing process: not only must they be 100% air-sealed, but also flexible, in order to endure micro-deformations (due, for example, to temperature or damp gradients). Designers must also pay attention to corners and interruptions between the elements.

Mostly, the air-tightness layer is made of membranes enveloping the structure of the building, connected by tape.

How is the real air tightness of a building measured?

The Blower Door Test is a quick and non-invasive method to measure air tightness. It is very useful because it gives a quantitative output ad it is very reliable (results aren’t influenced by boundary conditions).

The European Code (ISO 9972:2015 – Thermal performance of buildings – Determination of air permeability of buildings – Fan pressurization method) describes how the test is performed and what the implicated parameters are.

There are two ways of performing the test:

How is a Blower Door Test performed?

By means of a fan built in a door aperture, a pressure gradient is generated. The very first operation to carry out is to create a constant 50 Pa depression, and then to look for air leakages along the surface of the building (instruments like anemometers, infrared thermal cameras and smoke generators may help).

Later, an increasing depression is generated (from 10 to 70 Pa, by steps of 10 Pa), while the air volume flow is registered by a computer; the data received (Air flow V [m3/h] and pressure gradient DP) are graphed, obtaining a line. It is advisable to repeat the test in overpressure conditions.

The parameter n50 is assumed as an indicator of the air tightness of buildings, and must be compared to the maximum stated by the law (or other protocols, such as the Italian CasaClima or the German PassivHaus).

Some other picture of the test execution

But how is an air-proof timber building actually designed? Don’t miss our next post, there are interesting details waiting for you!